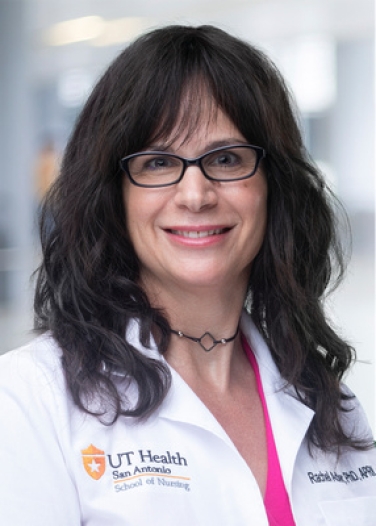 Rachel Adler joined the UT faculty in Fall 2021.  She was formerly Professor of Anthropology at The College of New Jersey, where she taught and conducted research in anthropology, nursing, public health, and sociology.  Dr. Adler practiced inpatient psychiatric nursing as an RN for almost a decade.  She is currently an advanced practice nurse, board-certified in both Psychiatric Mental Health and Adult-Gerontology Primary Care. Dr. Adler’s research and clinical interests include medical and urban anthropology, men’s health, community health, providing care to the severely mentally ill, correctional nursing, cultural competence, health disparities, race and ethnicity, and immigration to the US.  Her book, Yucatecans in Dallas: Breaching the Border Bridging the Distance, studies a community of Mexican migrants in Texas. The documentary she produced, “From the Burg to El Barrio” highlights her investigation of ethnic transition in the formerly Italian Chambersburg neighborhood of Trenton, NJ. A recent publication, in The Journal of Men’s Studies, examines the relationship between homelessness and incarceration among inner-city men.  She is currently researching gender-appropriate strategies for health care providers to address the high rates of male suicide in the US.